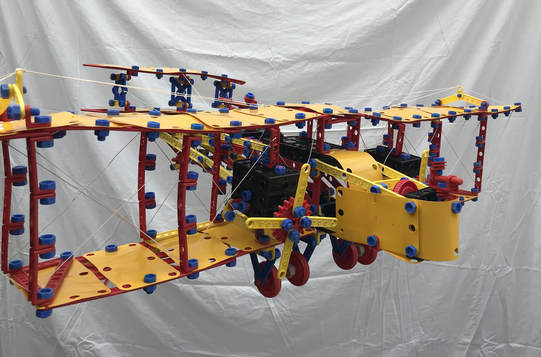 I built this model of a Handley Page Type O bomber to commemorate the 100th anniversary of the formation of the Royal Airforce on 1st April 1918.

One of the major challenges building this model was giving the wings sufficient structural support, a problem I only partially resolved. I suspect the engineers designing the original Handley Page Type O had similar issues with its wing span of over 30 metres.

The Handley Page Type O bomber originally went into service for the Royal Navy Air Service in 1916 and when the RAF was formed in 1918 the 207 and 214 Squadrons were equipped with these aircraft. Designed as a long range bomber the Handley Page was one of the world's largest aircraft in its day.