I finally got around to building this model of a tractor that I've had in my mind for quite a long time. I had to re-assemble the large wheels that I originally used on my Traction Engine. This tractor and the traction engine are the only vehicles I've built with working steering (Not so easy to do with Plastic Meccano).

Once I had built the tractor I had to think of what farm implement it could haul. I settled on a disc farrow, which allowed me to make good use of the small discs that were released as part of Meccano's Prima kits in 1975 which until now I'd found completely useless !
​ 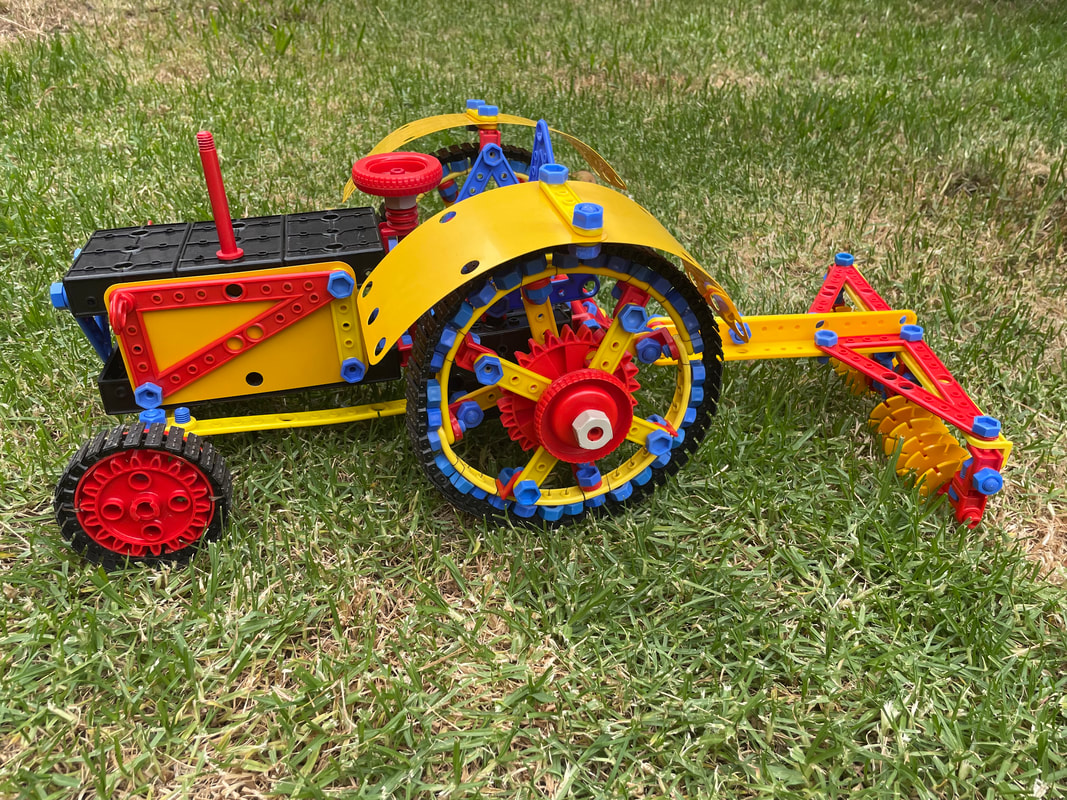